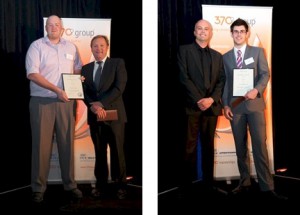 Congratulations to both Brendan and James and keep up the good work guys!